Today’s post is about a unique structure almost mimicking the volumetry of the soap bubbles: The Weaire-Phelan 3D Structure, which has been used innovatively in singular building structures. 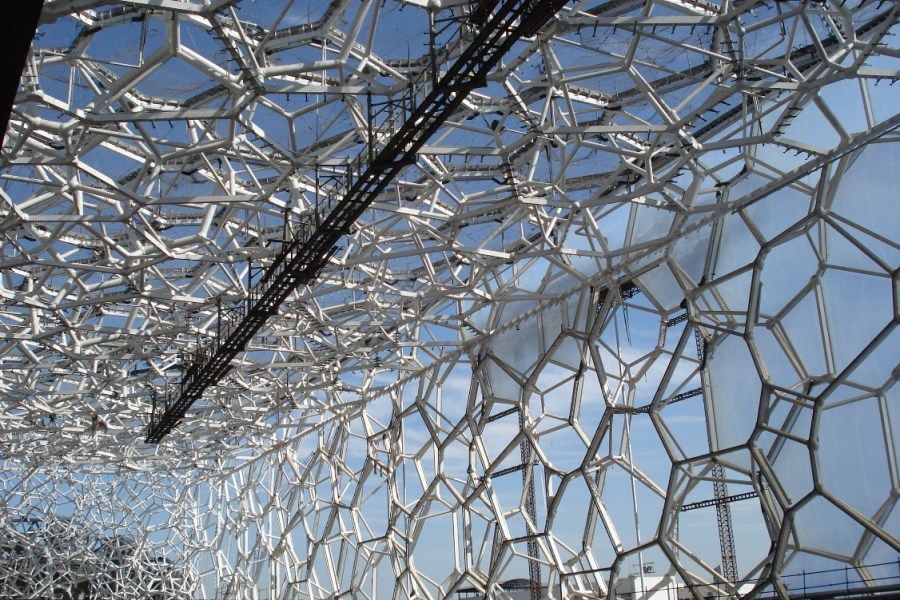 Continuing with the subject, it is our pleasure to present our dear followers the solution to a problem first formulated in 1887 by William Thomson, 1st Baron Kelvin (26 June 1824 – 17 December 1907). The prominent mathematical physicist and engineer who, among many other relevant accomplishments, determined the accurate value of the absolute zero temperature, one day asked himself how could the 3 dimensional space be completely fulfilled using geometrical 3d figures of identical volume that minimize the contact surface between them. In other words, what space-filling arrangement of similar cells of equal volume has minimal surface area?

In order to ease the understanding of the aforementioned question, let’s go down a gear (or a dimension) and let’s ask the very same question related to 2 dimensional plane surfaces: How could we completely fulfill a 2D surface using polygons in contact with the minimum perimeter?

The answer to this question was guessed centuries ago: using regular hexagons in contact, a 2d surface can be fully covered minimizing the contact perimeter (see picture below); but it was not until 1999! when that answer was fully mathematically demonstrated (it took a while!) 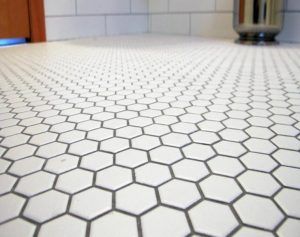 Well, the so-called “Kelvin Problem” or “Kelvin Conjecture” is analogous to the previous one, but for 3D. William Thomson, 1st Baron Kelvin, not merely raised the problem, but also proposed his solution: a network build up using 14-sided truncated octahedrons (having a very slight curvature of the hexagonal faces, see figure below). 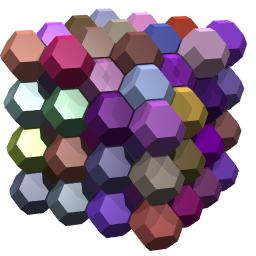 Again, that was a deeply analyzed guesstimate with no mathematical demonstration. Notwithstanding one hundred years of failed attempts and even some opinions asserting that Kelvin’s curved truncated octahedron could not be improved upon (see Weyl 1952), Denis Weaire and Robert Phelan (from Dublin Trinity College), in 1994, revealed a space-filling unit shape consisting of six 14-sided polyhedra and two 12-sided polyhedra with irregular faces and only hexagonal faces remaining planar. Waire and Phelan used software simulations of the soap foam to find out the new structure, that has an isoperimetric quotient of 0.765, 1.0% more than Kelvin’s cell (the higher the quotient, the optimum the solution). 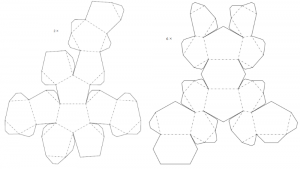 Therefore, since 1994, Weaire-Phelan structure is considered the best known solution, the most efficient answer to the Kelvin Problem given so far, but… is it IT? Well, we don’t know yet, it has not been mathematically demonstrated. 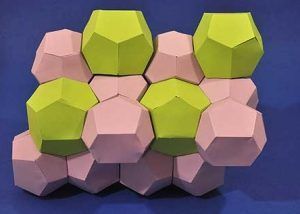 Probably at this point you have already asked yourself: What (the heck) has this to do with Structural Engineering? Well, Bruce Lee had the answer! Weaire-Phelan structure allows us to fill volumes in a “structural way”, mimicking the behavior of the water (or the foam). This metaphoric approach led PTW Architects and Arup Structural Engineers to use the W-P structure to build what was called the “Water Cube”, Beijing’s National Aquatic Center for 2008 Olympic Games.

The building is a 70,000 square meter enclosed box-shaped volume covered by W-P structural cells, able to host an attendance of 11,000 people. 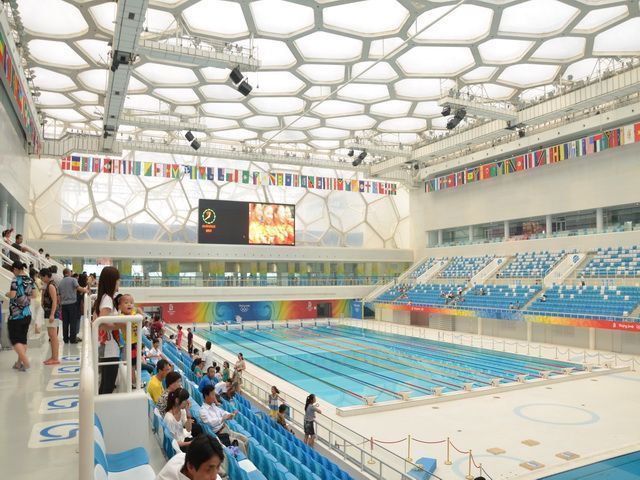 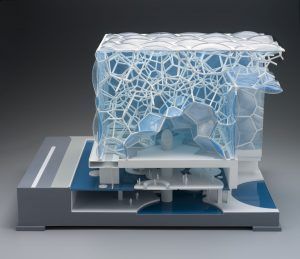 The metaphorical game proposed by the Designers, establishing a connection between the “container” and what is contained is subtle, not so obvious, and inspiring (as real metaphors should be). But we wonder if, given the fact that the material used for the W-P planar surfaces was the Ethylene tetrafluoroethylene (ETFE, a fluorine-based plastic polymer with high corrosion resistance and strength over a wide temperature range, excellent chemical, electrical and high-energy radiation resistance properties, 100 times lighter than glass, recyclable, isolating… AND EXPENSIVE), money had also something to do with the structural solution selected. 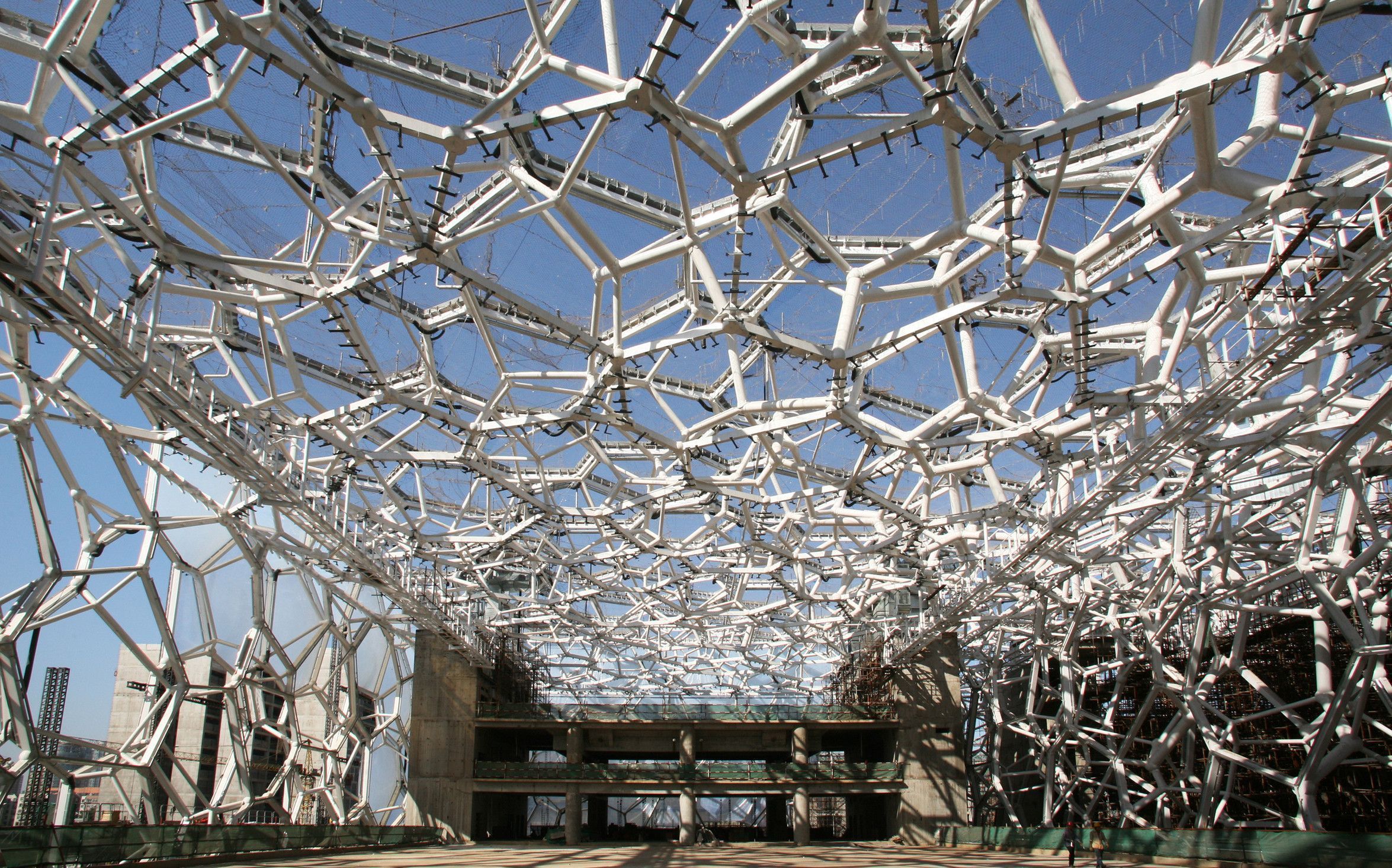 Not in vain, and being the best approach known to the Kelvin Conjecture, W-P cells minimize the surface of the ETFE needed for the building. Cost-saving, sustainable, innovative, attractive, functional, seismic resistant, light-weight… This structure is unique. 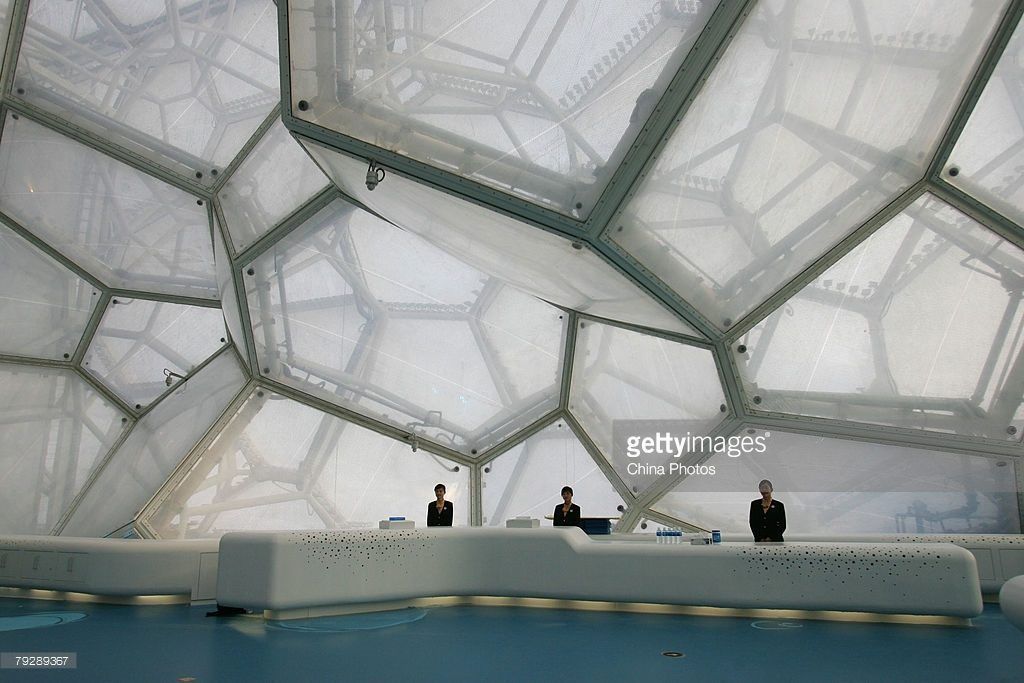 We hope this post inspire you to come up with new physics-inspired solutions to Structural Engineering designs, as the Water Cube astonishingly did. 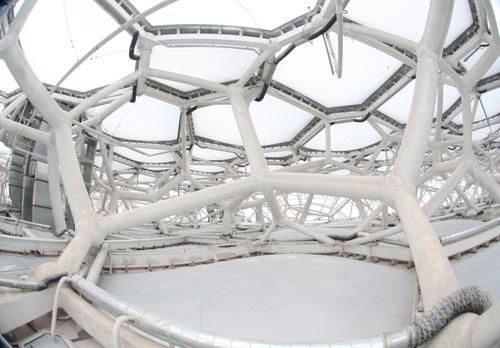 And renember: “be Water, my friend“.

Do you want to be the first to read our articles?

Leave us your name and a valid email, and we will let you know when they are new in Estructurando 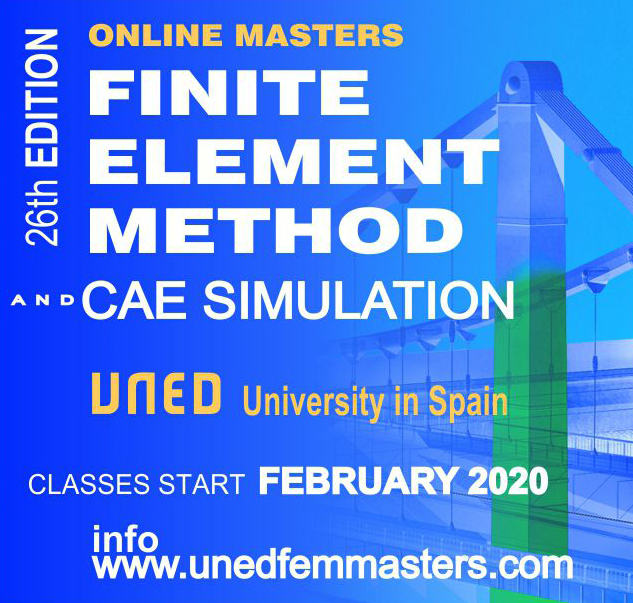